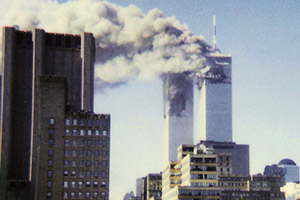 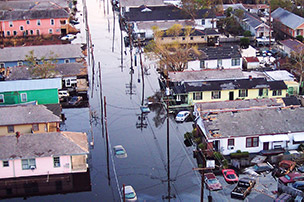 AMSA changes its name to NACWA 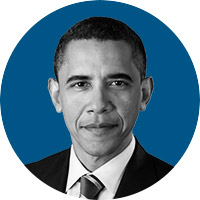 NACWA introduces the Utility of the Future (UOTF) concept

Water reuse in the U.S. more than doubles since 1995 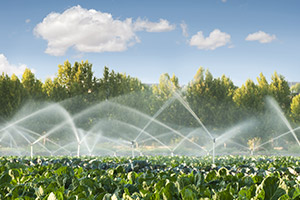 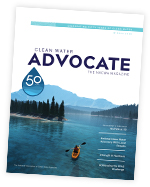 The technology and information explosions of the first decade of the 21st century created many new demands on clean water agencies to be more agile, innovative, resilient, and savvy with communication. Fittingly, as AMSA moved into its fourth decade, its focus became resource recovery, including water and biosolids reuse, energy generation, and green infrastructure. With this new focus, AMSA’s members, who were themselves changing their names and brands to better reflect their missions, saw fit in 2005 to change the name of the organization from the Association of Metropolitan Sewerage Agencies (AMSA) to the National Association of Clean Water Agencies (NACWA). NACWA’s core values were expanded from supporting and advocating for the clean water sector at the federal level to the much broader charge of influencing environmental policy and stewardship through sound science, fiscal wisdom, and more stakeholder engagement.

NACWA’s core values were expanded from supporting and advocating for the clean water sector at the federal level to the much broader charge of influencing environmental policy and stewardship through sound science, fiscal wisdom, and more stakeholder engagement.

All of this is happening at a time when a whole new set of environmental issues never envisioned by the Clean Water Act are combining with unprecedented economic and infrastructure pressures to squeeze utilities from all sides. NACWA is creating opportunities for agencies to surmount those challenges through innovation by spearheading the Utility of the Future (UOTF) concept, the evolution from mere compliance to true championing of innovation and the use of technologies that don’t just clean our water but also benefit the Earth and our future. 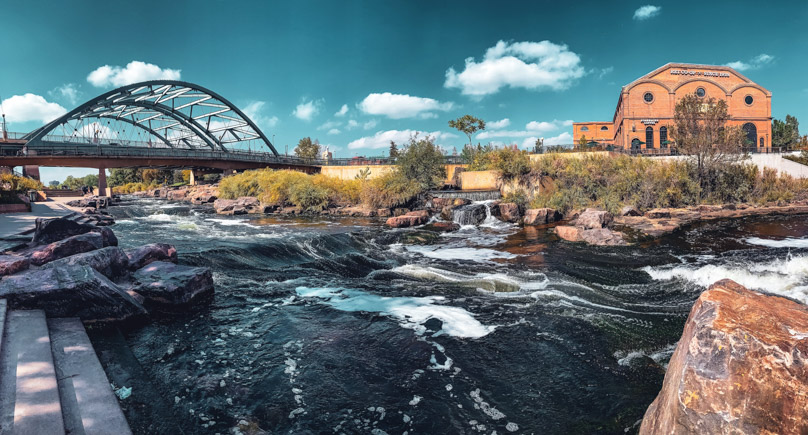 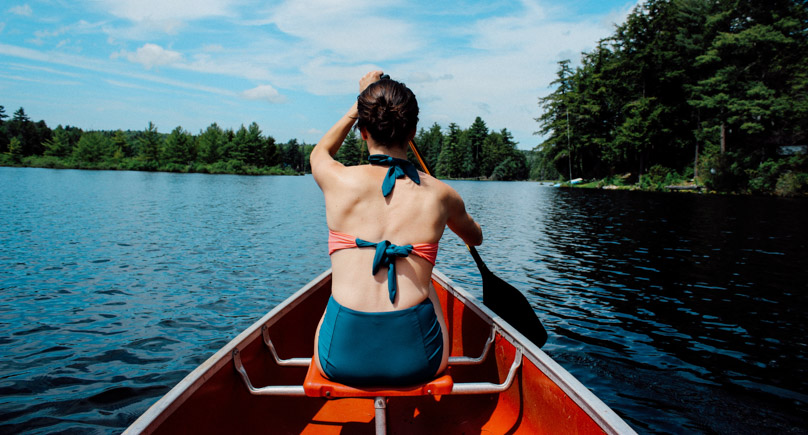 By 2000, many NACWA members were employing some form of nutrient recovery, especially through the beneficial reuse of biosolids. Los Angeles Sanitation and Environment (LASAN) is the largest municipal agency in the country that converts its sludge into Class A biosolids so that they can be used as fertilizer to grow crops such as corn, wheat and alfalfa used for animal feed. The Great Lakes Water Authority (GLWA) Biosolids Dryer Facility (BDF) has the ability to turn one billion gallons of biosolids into Class A fertilizer every year, and the Metro Wastewater Reclamation District (Denver, CO) is also a leader in nutrient recovery. 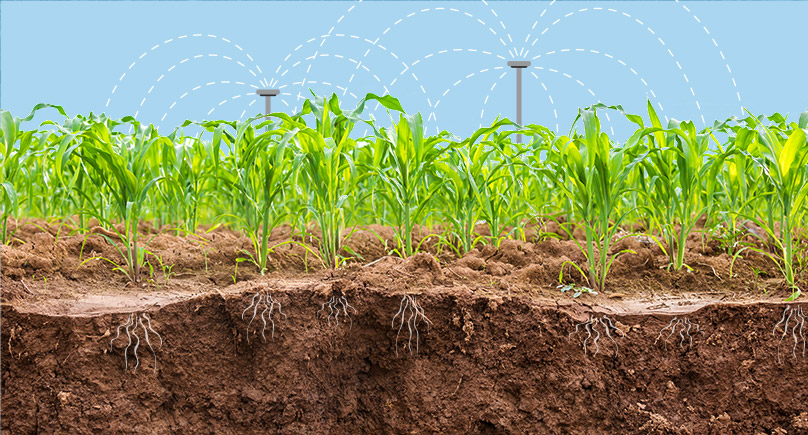 Water reuse in the U.S. more than doubled from 1995 to 2015 and is commonly used for irrigation, and biosolids from wastewater recovery are now commonly used as fertilizer to grow crops.

One of the most important breakthroughs in treatment science was the discovery and investment in membrane filtration, which enabled the re-use of highly treated wastewater for a variety of beneficial purposes. Today the United States reuses 2.2 billion gallons of wastewater per day. In the late 90s, Garland Texas' Duck Creek plant began providing a local power plant with some of its treated wastewater for their boiler systems. The rest of Garland’s freshly cleaned wastewater recharges a man-made, 1,840-acre wetland providing a natural habitat for a wide variety of birds and augments the drinking water source for the cities of Garland and Dallas. 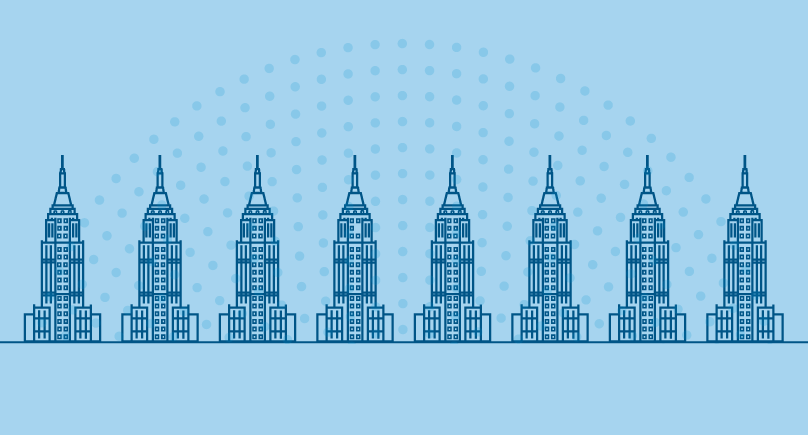 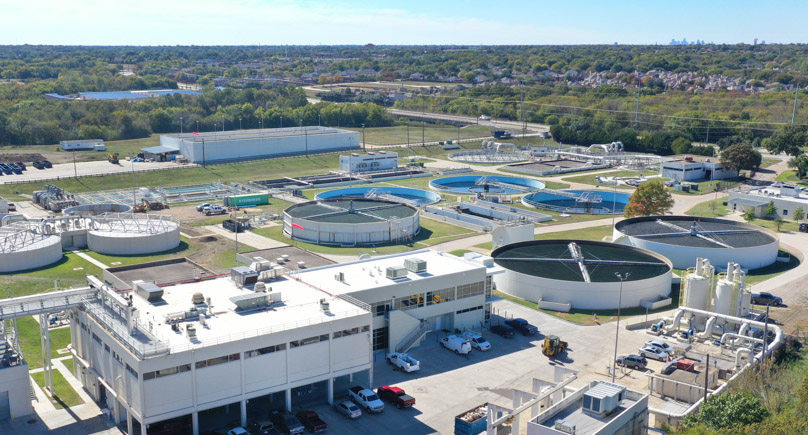 In addition to nutrient and water recovery, NACWA’s members are recovering energy from the process of cleaning our wastewater. For example, the Massachusetts Water Resource Authority in Boston has aggressively pursued renewable energy at its Deer Island plant. Solar, wind, hydro and biogas produce about 27% of the plant’s electricity needs and over 60% of its overall energy needs. LOTT Clean Water Alliance (WA) saves $150,000 in electric costs annually using methane and other biogas produced from its treatment process to power its Regional Services Center. And in the cereal capital of the world, Cedar Rapids, Iowa's Utilities Department plans to invest $427.6 million from 2020 to 2037 for biogas recovery to provide heat and power and for selling biosolids for use as a soil amendment and fertilizer. Renewable Water Resources of Greenville, South Carolina (ReWa) is also exploring how to increase biogas production to fuel its heat and power needs. 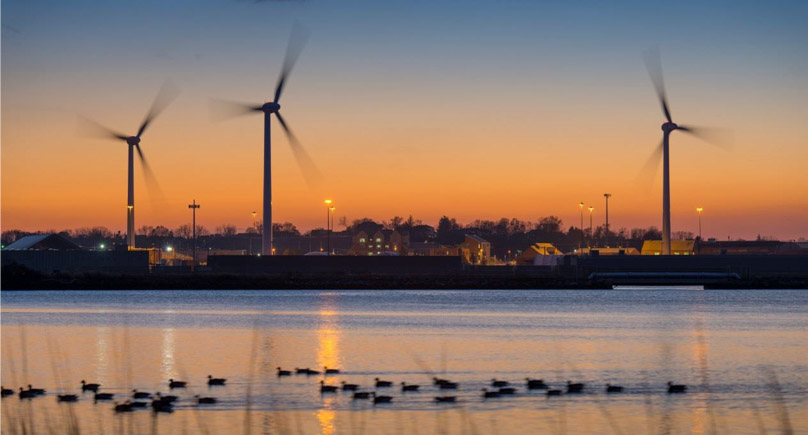 Communities nationwide have found green infrastructure (GI) to be a cost-effective way to reduce flooding while also providing many other community benefits. NACWA has helped make GI an acceptable regulatory approach by partnering with EPA and state and environmental activists in 2007 to sign the first ever joint statement on the use of GI to help address stormwater issues.

Seattle Public Utilities has been a leading innovator in green stormwater infrastructure for 20 years. GI has not just helped solve the City’s historic overflow problems, it has also influenced a fundamental shift in the way the city regulates the development community. In New Jersey, the Camden County Municipal Utilities Authority has also used GI to support its community. The agency created the Camden Collaborative Initiative, an environmental initiative designed to improve the quality of life for Camden residents. 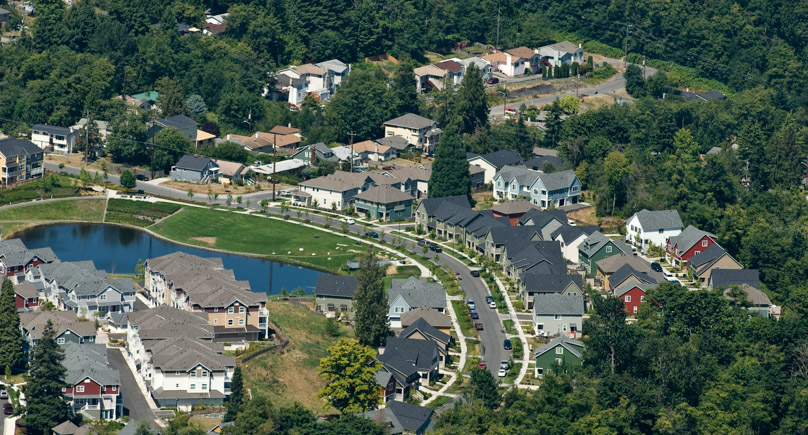 The steady, unrelenting growth in regulatory requirements over recent decades has increasingly challenged NACWA members to comply with new mandates while balancing ballooning affordability challenges and a limited amount of revenue from customers. The Great Recession of 2008-2009 was the tipping point that made everyone realize the status quo was no longer sustainable. NACWA launched its Money Matters campaign in 2009 to advocate for a new, smarter regulatory paradigm that allowed utilities to prioritize their investments to best meet the CWA obligations at the most effective cost. These efforts, combined with those of the U.S. Conference of Mayors and other key organizations, led to EPA releasing its Integrated Planning Framework in 2012. The framework created the first clear regulatory and legal structure that empowered clean water utilities to look at all of their competing obligations under the CWA and create their own plans, subject to regulatory approval, that integrated and prioritized investments to meet obligations in a way that made the most sense to the utility and its community. NACWA and its members then followed up with strong, sustained advocacy that ultimately resulted in Congress codifying integrated planning into the CWA in 2018—marking one of the most important substantive, bipartisan policy changes to the Clean Water Act in over a decade.

NACWA and its members followed up on EPA’s Integrated Planning Framework until Congress codified integrated planning into the Clean Water Act. 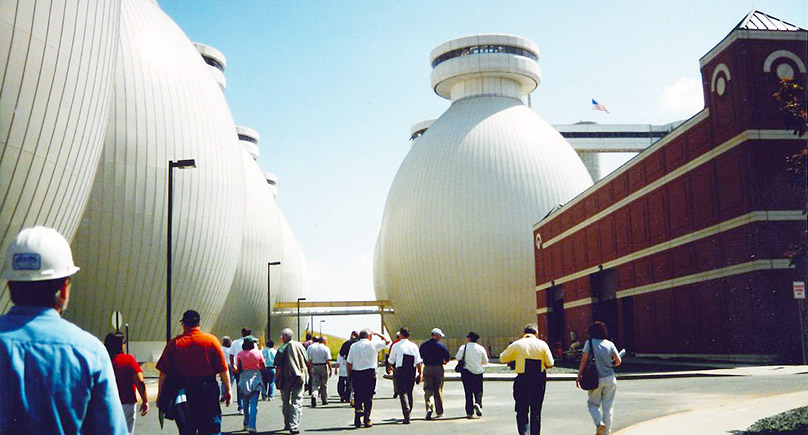 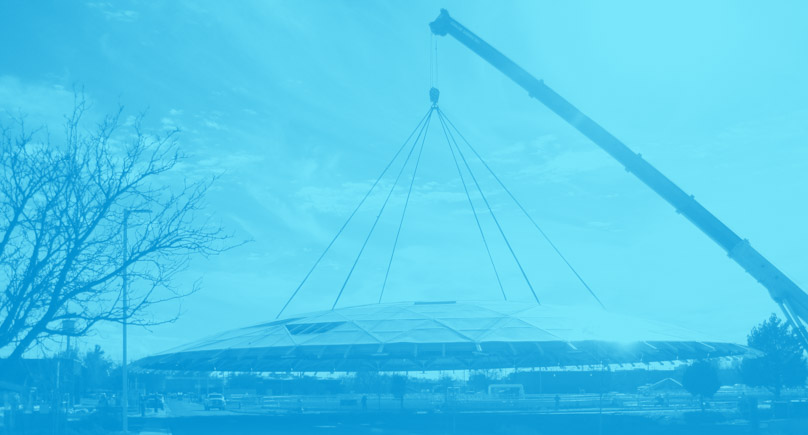 Though being a “silent service provider” was fairly typical for most utilities prior to the 2000s, many are now beginning to reap the benefits of more frequent outreach and communication with stakeholders. Strong public engagement is a foundational element for a successful clean water utility, and transparent, two-way communication is what customers now expect. It’s also how our members build trust with their communities and build themselves as the leading experts in their field and as anchor institutions in their communities.

The Northeast Ohio Regional Sewer District serves as a model for engaging customers through Twitter, while Albuquerque Bernalillo County Water Utility Authority and Clean Water Services in Hillsboro, Oregon both reach thousands of students annually with their education and outreach programs. 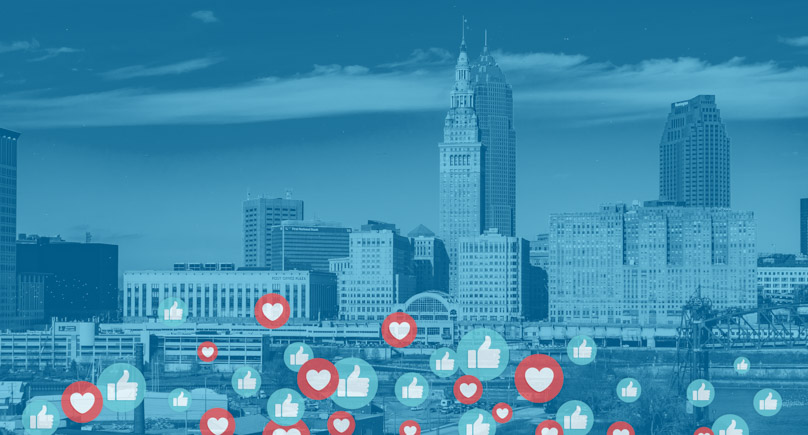 With more than 10,000 followers on Twitter, the Northeast Ohio Regional Sewer District has one of the more popular Twitter feeds among its clean water peers.

One issue that NACWA and its members have learned over the years is that our effectiveness in serving our customers and advancing our goals of environmental protection is significantly improved when we are inclusive and representative of all communities. Therefore, in 2017, NACWA made membership more accessible to small and mid-sized utilities. This expansion brought important new perspectives to NACWA and strengthened and expanded its advocacy footprint on Capitol Hill.

NACWA didn’t just grow in membership numbers over the years, it also became enriched by an increasingly more diverse membership. Many more women and people of color are leading their community’s enhancement by leading their clean water utility’s work, and NACWA has been strengthened by their engagement. As of 2020, one-third of NACWA’s Board members are women.

In the past 15 years, NACWA has also broadened its own outreach to stakeholders to include other federal agencies like the U.S. Department of Agriculture, the U.S. Department of the Interior, and the U.S. Department of Energy and has increased collaboration with other longtime water-sector partners like the Association of Metropolitan Water Agencies, the Water Environment Federation, and the American Water Works Association. Through these connections, NACWA’s members have started to build real support and value for the work they do. In addition to advocating for increased federal funding through the Clean Water State Revolving Fund and the Water Infrastructure Finance and Innovation Act (WIFIA) program, NACWA is also advancing new concepts like a federal low-income water customer assistance program targeted at the most financially disadvantaged households. Addressing this challenge includes updating EPA’s affordability guidance and creating new federal support programs for the lowest income households. 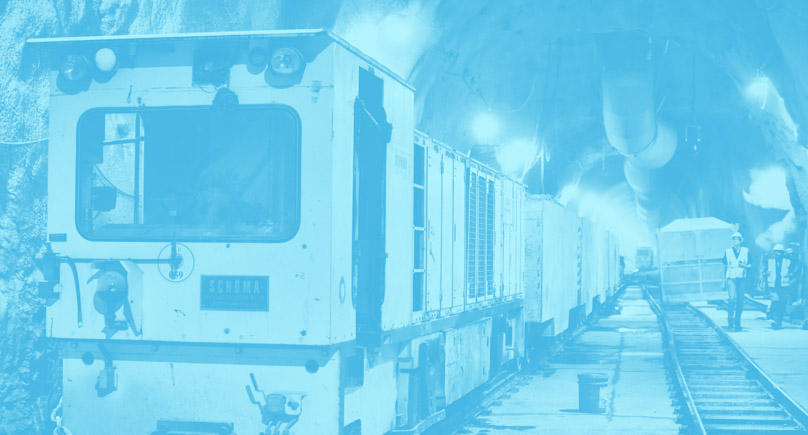 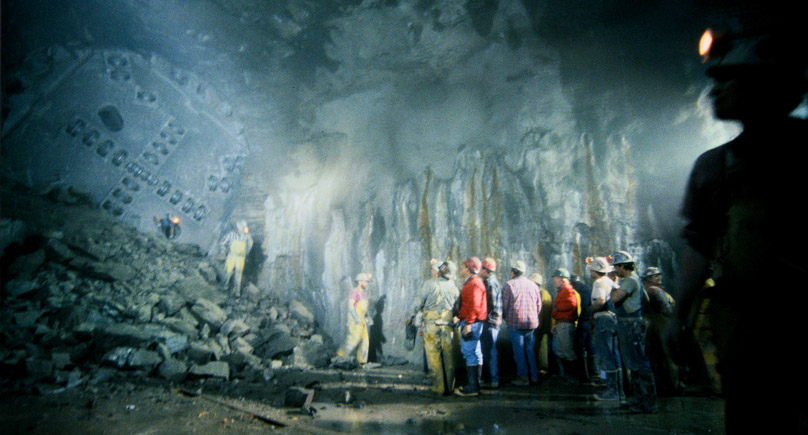 Long before climate change was a topic of national discussion, the Metropolitan Water Reclamation District of Greater Chicago was working on a plan to collect combined sewage from large storm events.

Resiliency is now more important than ever, as climate change has become perhaps the biggest challenge to the clean water sector today. NACWA has been at the forefront of arguing that climate change is ultimately a water issue and that federal policy and investments need to treat it as such. Long before climate change was a topic of national discussion, the Metropolitan Water Reclamation District of Greater Chicago (MWRD) was working on a plan to collect tremendous amounts of combined sewage from large storm events. MWRD's Tunnel and Reservoir Plan (TARP) is helping them prepare for climate change and large storm events. TARP is one of the country’s largest public works projects for pollution and flood control and will ultimately provide greater Chicago with more than 17.5 billion gallons of storage capacity, allowing area treatment plants to keep up with treatment needs during heavy rain events.

In Florida, highly treated wastewater provides resiliency to the state’s primary crop—oranges. Orlando-area agricultural customers can count on cleaned water at pressures suitable for their irrigation systems. The Orange County clean water system is a dependable, long-term source of irrigation water, even during droughts, for 2,600 acres of citrus groves. Resiliency isn’t just about environmental protection and public safety, it’s a smart investment. According to the U.S. Department of Commerce, it is estimated that Louisville, Kentucky Municipal Sewer District’s plan to address system resiliency across wastewater, stormwater, and flood protection services will create 2,310 jobs and $3.4 billion in economic impact over 10 years.