An Extraordinary Approach to Stormwater Management Transforms the Community

Over $13 million in green jobs created

Over 11 acres new or improved greenspace in rights-of-ways

Seattle is the birthplace of NACWA and has a rich history of clean water leadership and innovating sustainable approaches to managing water resources. Seattle’s legacy dates back to the late 1960s. That is when Charles V. Gibbs, Executive Director of the Municipality of Metropolitan Seattle, was struggling to respond to conflicting and unfunded federal directives for water cleanups. He reached out to similar agencies and learned, they too, were struggling, and the first meetings of the Association of Metropolitan Sewerage Agencies (the precursor to NACWA) began.

Seattle’s community values inform its approach to managing its water system. Those values reflect Seattle Public Utility’s (SPU) commitment to protect and enhance people’s lives and the environment. Those values have positioned Seattle to be among the earliest adopters of nature-based solutions to managing water and made SPU a leading innovator in green stormwater infrastructure (GSI) for 20 years.

Since its creation in 1997, SPU has focused on smart investments in systems that manage stormwater and sewage to create the greatest environmental and community benefits. SPU developed a Combined Sewer Overflow (CSO) control plan in 1980 and updated it several times since. Through implementing the plan, SPU successfully reduced CSO events by 95% from 1980 to 2019.

Seattle’s major creeks are receiving waters of the storm drainage system and still support salmon, cutthroat and rainbow trout. Salmon runs have declined over time. Coho salmon have been impacted in Seattle’s urban creeks, likely by pollutants in stormwater runoff. SPU entered into a consent decree in 2013 to reduce CSOs and sewer overflows and implement operational programs to manage the combined sewer system by 2025. 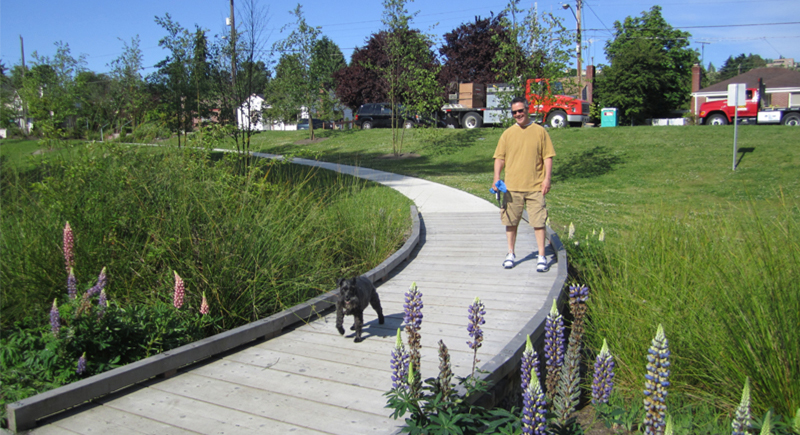 SPU is keenly aware of the way water moves through the city and how increased development impacts the health of its watersheds. Polluted stormwater runoff from roads and other polluting surfaces are recognized as the leading source of pollution in Puget Sound, indicating a need for pollutant reduction upstream. SPU has re-thought the traditional approach of curbs, gutters, storm drains and pipes which move stormwater swiftly, and shifted to slowing the flows and removing pollutants prior to entering the system and the city’s receiving waters.

SPU’s first great GSI success was realized in 2000 with a project that optimized salmon recovery goals and provided community benefits such as more pedestrian friendly streets and increased vegetated open space. The project resulted in a 99% reduction in stormwater runoff and 11% reduction in impervious surface. 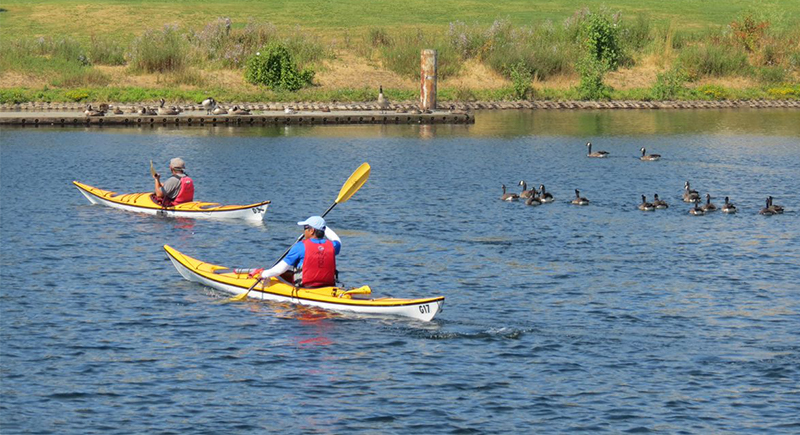 Requiring and Integrating GSI In Development and Compliance

Early GSI work influenced a fundamental shift in the way SPU regulates Seattle’s development community. Starting in 2009, the Seattle Stormwater Code began requiring development and redevelopment projects to control as much stormwater onsite as possible using green approaches. These requirements have been refined over the years but continue to be a key strategy in managing stormwater within Seattle.

Seattle’s Consent Decree was one of the first in the nation to contain the option to develop and implement an Integrated Plan. Seattle’s plan sequenced CSO and stormwater projects, including GSI, to achieve greater environmental benefit than the CSO projects alone. Today, Seattle continues to pursue GSI as an environmental quality strategy by exploring how water infrastructure can be a platform for public health, social cohesion, environmental justice, cultural identify and a wide range of other benefits. 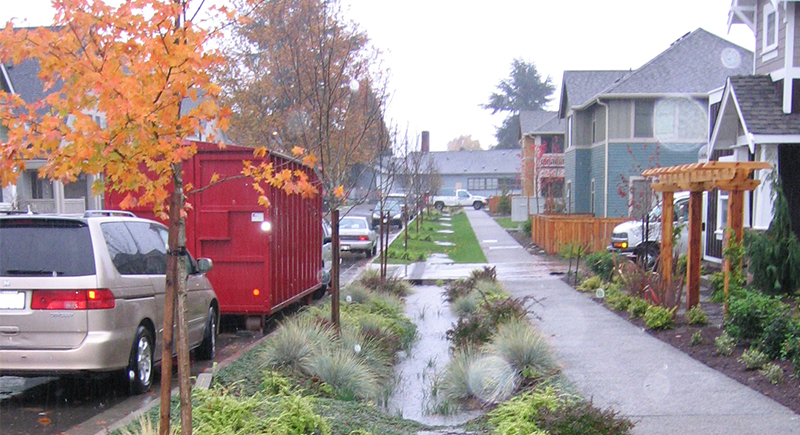 As part of its approach to reducing CSOs, in addition to utility led capital projects, SPU developed a “RainWise Rebate” program in 2010. RainWise provided rebates to incentivize owners to manage stormwater onsite with rain gardens and cisterns. One of the country’s first incentive programs for GSI, the program contributes to Seattle’s goal of managing 700 million gallons of stormwater annually using GSI by 2025. Over 1,900 RainWise projects have been completed, collectively managing over 25 million gallons (53 acres of roof surface) of stormwater annually.

SPU is increasing opportunities for green jobs in GSI design, construction, operations and maintenance. Its RainWise program has provided $4.5 million and its program partner King County has provided $3.4 million to small contractors. Vegetation-based stormwater management provides a career pathway to maintenance jobs. An example is SPU’s GSI program with Seattle Parks and Recreation’s Seattle Conservation Corps (SCC) that has provided $5.7 million for green jobs since 2008. The SCC maintains the right-of-way bioretention facilities SPU builds and equips residents who are experiencing homelessness with paid apprenticeships in construction fields. For example, in 2018, the program served 129 homeless adults.