A River Once Feared Is Now Revered

Historic Richmond, the capitol of Virginia, is situated on the James River upstream from Williamsburg and was used for trading, shipping, and milling in the 18th century. Manufacture of tobacco products and aluminum eventually replaced the iron works along the James River, but these industries began using the water as a dumping ground for waste. During heavy storms, a combined sewer system released untreated sewage and severe flooding rendered property along the James unlivable. Eventually, the James became too polluted to use. Though calls for its cleanup began in the late 1960s, Richmond had turned its back on the river. Most residents were “afraid” of the river and its possible contamination.

New residents no longer are “afraid” of the polluted river—they crave to be active in it, live next to it and participate in the preservation of it.

Impact of the Clean Water Act

The Clean Water Act mandated that waterways should meet minimum standards, provide clean drinking water, and support wildlife. A natural area was created in 1972 that served to protect river access and encourage outdoor activities. What started as a few parcels of land donated from private individuals grew to the 600-acre municipal James River Park that stretches along both banks of the natural waterfront.

The City addressed the combined sewer system in the 1980s with a new collection system and citizens invested, via utility fees, in the wastewater treatment facility – turning a simple primary treatment plant into a tertiary treatment facility that has reduced nutrient disposal into the James River (and Chesapeake Bay) by over 86%.

All this effort has resulted in a continued riverfront renaissance. Outdoor Magazine named Richmond “One of the Best River Towns” in 2012. The river today is well known and loved by rafters and kayakers for its Class IV rapids right through the downtown section of the city. Birders and anglers have also noticed a return to a healthier ecosystem. Several pairs of bald eagles reside along the banks; shad and the endangered Atlantic sturgeon are returning in increasing numbers.

Today, the James River Park System hosts more than two million visitors every year and features educational programs, businesses, festivals, summer camps, restaurants, breweries, two popular cross-river foot bridges, and walking and biking trails. Richmond’s extreme turnaround could only have happened with the intervention of advanced wastewater treatment. The City has upgraded the wastewater treatment plant several times since the passage of the CWA. Today, the staff is conducting a trial phase of using real-time monitors in the collection system to better understand the hydrology and the system’s behavior during rain events. This technology will allow staff to “see” the pipes during a rain event and eventually, using real-time decision support system (RT-DSS) software, optimize their existing gray infrastructure and further reduce the number and volume of overflow events. 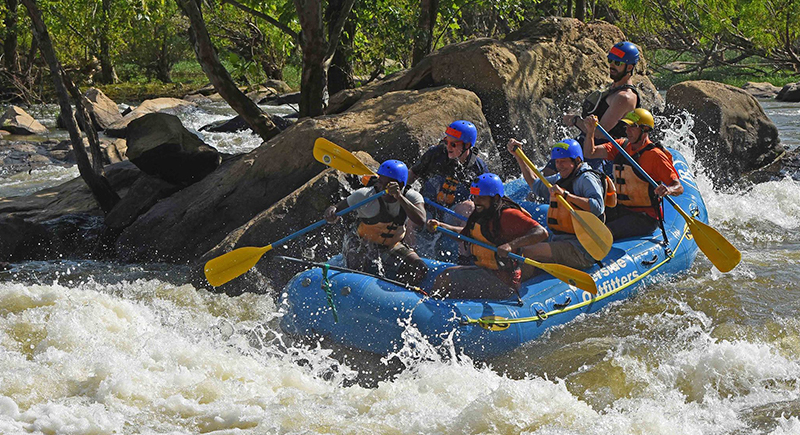 One of the most visible impacts of the City’s clean water investments was the delisting of several sections of the James from the 2018 List of Impaired Waters. With the 2011 upgrade complete, the plant reduced nutrient discharges by 86% for nitrogen and 88% for phosphorus. The plant routinely achieves 95% Total Suspended Solids (TSS) removal efficiencies and consistently meets standards for bacteria and Biochemical Oxygen Demand.

Richmond has been ranked fourth among mid-size cities in economic growth potential. Positive job growth trends continued, with 2019 showing the highest growth of the recent decade where jobs increased 23% from 2001 to 2019. While it’s difficult to draw a direct line to all these gains from improved river conditions, Richmond has experienced an explosion of interest in and recreation on the river. It is one of very few cities with Class IV rapids within city limits. Growth in kayaking especially has led to more homes purchased closer to the river for easier access, and several volunteer groups have formed to improve access, build trails, and enthusiastically support the James River Park System. New residents no longer are “afraid” of the polluted river – they crave to be active in it, live next to it, and participate in the preservation of it.

In 2014, Richmond began a first-in-Virginia effort to apply for an Integrated Permit – combining the City’s efforts to protect and preserve the James River with its work at the WWTP, including its Stormwater Utility and Combined Sewer System. The City was committed to transparency and wanted a stakeholder-driven plan that would be compatible with state and federal regulations and supported by locals with a shared commitment to stewarding the James River. The resulting 2017 Clean Water Plan, approved by DEQ in October 2018, is supported by data and describes measurable goals and strategies to achieve them.