Orange County, Florida, home to world-famous attractions including Walt Disney World and Universal Studios Orlando, is the most popular vacation destination in the United States with more than 75 million visitors in 2018. The Orange County Convention Center is the second largest in North America hosting an average of 203 conventions per year. Orange County’s ability to serve this many visitors annually is a testament to its clean water services.

Orange County Utilities began in 1957 with the acquisition of a wastewater treatment plant. The 1965 announcement that Walt Disney World would be built in Central Florida sparked a housing boom and an influx of thousands of new residents, along with new commercial and tourism establishments. This rapid expansion challenged Orange County to meet growth, environmental, and regulatory concerns. By 1980, Orange County Utilities owned and operated 47 different water supply plants and 17 package wastewater plants that had been built and dedicated to the County by developers. To consolidate the 17 package plants into regional facilities, the County implemented a robust capital improvements program.

Orange County is showing the nation how a community’s monumental waste-disposal problem can become a liquid asset to agriculture.

Lake Okeechobee, like many Florida lakes, is relatively shallow and is fed primarily by rainfall that drains from agricultural land and urban areas. Nutrient levels, phosphorus in particular, were entering the lake through rainfall runoff, causing fish kills and impeding recreational uses. In the 1980s, strict limits for phosphorus were established that were not technically feasible for wastewater treatment plants, and wastewater facilities were required to stop discharging to surface waters. Orange County soon entered into a consent decree with the federal government, and a consent order with the State of Florida. These enforcement actions carried with them the possibility of a moratorium on new sewer connections. Together with the City of Orlando, the County stopped discharging highly treated wastewater to Shingle Creek by 1988. 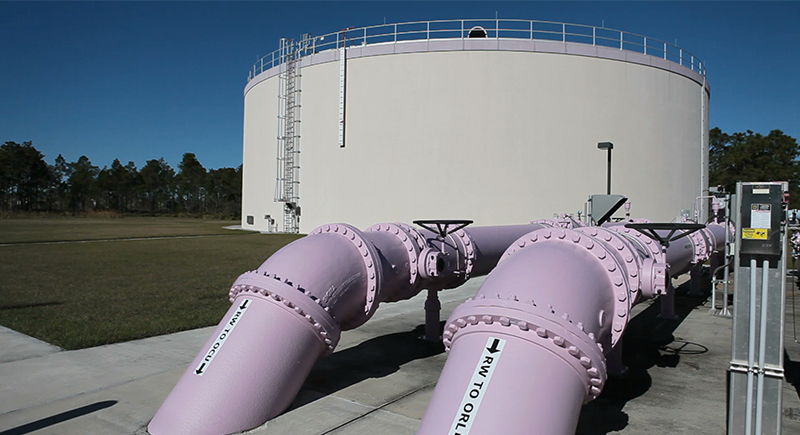 Re-use is the Solution

Confronted with where to put the treated wastewater, in 1983, Orange County and the City of Orlando began studying methods for progressive reuse of highly treated wastewater. After analyzing alternatives and conducting public hearings, the County and City applied to the Florida Department of Environmental Resources for financial assistance for plant improvements and built a common effluent disposal system, leading to the construction of Water Conserv II in 1986. The nationally and internationally recognized water reuse facility provides reclaimed water for citrus crop irrigation and freeze protection, and recharges the Floridan Aquifer through a series of Rapid Infiltration Basin cells. Orange County now uses reclaimed water to irrigate more than 30,000 residential and commercial properties.

In addition to the initial investments of over $71 million, Orange County and the City of Orlando have spent $107 million to expand Water Conserv II and they share the annual operating and maintenance costs of $3.5 million. These continued investments provide the County a way to successfully manage the pressures of urban development and allow for responsible growth. 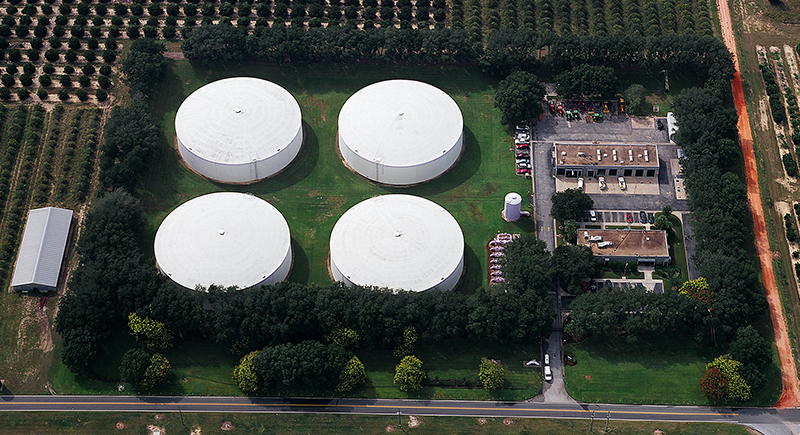 The biggest benefit to the environment has been the complete diversion of highly treated wastewater flow from Shingle Creek to thousands of properties for irrigation. The reclaimed water also seeps into the deeper layers of earth, replenishing the Floridian Aquifer.

Agricultural customers can count on reclaimed water at pressures suitable to their irrigation systems. The system is a dependable, long-term source of irrigation water, even during droughts, for 2,600 acres of citrus groves. According to the Orlando Sentinel, “Orange County, home to commercial citrus since the 1800s and the birthplace of the modern orange juice-processing industry, is showing the nation how a community’s monumental waste-disposal problem can become a liquid asset to agriculture.”

At the initial stages of Water Conserv II, the approach to agriculture irrigation using reclaimed water had never been done before and therefore was not easily understood. Through extensive leadership, partnership and outreach efforts, this program has seen tremendous success and brought countless benefits to the community. Water Conserv II has been recognized with more than 30 state, federal and national association awards. The Water Conserv II story has been covered in a variety of traditional news and industry outlets, including part of the July 1990 issue of National Geographic’s cover story on the Florida Watershed. 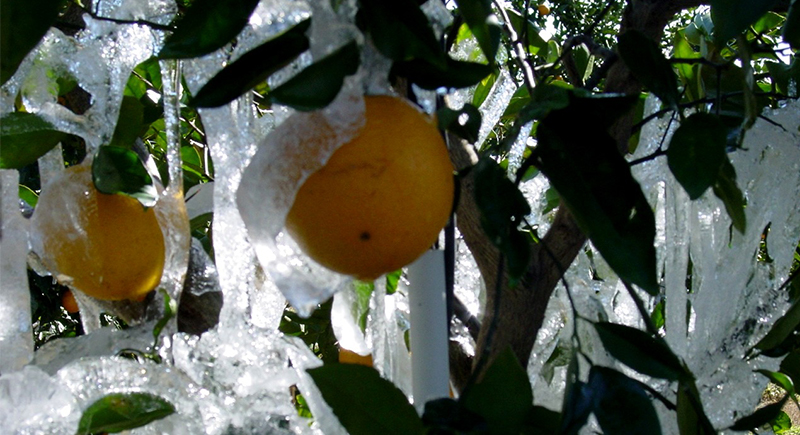 Partnering with Academia and the Community

Orange County Utilities’ presence in the community reaches beyond the agricultural community to the academic as well. The County, City, and operations contractor worked closely with the University of Florida’s Institute of Food and Agricultural Sciences in a research and development program. The program has studied the long-term effects of irrigating citrus with reclaimed water, discovered solutions to challenges facing citrus growers, evaluated agricultural crops for economic viability, studied the effects of golf course irrigation with reclaimed water, and promoted urban and rural cooperation. The Water Conserv II facility has become a destination for visitors, as well. Since its opening, staff at the facility has provided over 260 tours for representatives from 43 countries and all seven continents.