The Comeback of the Cuyahoga

In the early 1900s, Cleveland industry was booming, and the Cuyahoga River was paying the price of progress. Industrial pollution was rampant, no pretreatment requirements existed, and even with the city’s establishment of wastewater treatment plants in the 1920s and ’30s, regulation was lacking as the system struggled to meet demands of a growing regional population. The river’s condition was so poor that it burned at least a dozen times before the final blaze in June of 1969.

Local environmental sentiment shifted after the 1969 fire. A commitment to clean water was embraced by Carl Stokes, Cleveland’s mayor at the time. The same year as the EPA’s creation and the birth of what would become the Clean Water Act, the Cleveland Regional Sewer District was born. What would become the Northeast Ohio Regional Sewer District (Sewer District) took responsibility for the collection system and treatment plants, setting a course for combined sewer overflow control, system expansion, treatment plant improvements, major capital investment in the regional sewer network, and an industrial pretreatment program. A river declared dead, with nothing but two fish collected during a 1968 survey, now boasts more than 70 species of fish. The area has benefitted from continuous infrastructure investment, and the city now sees opportunities for growth and activity along the very banks of a river that once burned.

The Cuyahoga River was once considered an “open sewer” but now it is a comeback story like few others, and the sewer District is proud of its water-quality contributions that made it possible.

When formed in 1972, the Sewer District’s service area encompassed all or part of 38 communities. The service area has since expanded to include all or portions of 62 communities including the City of Cleveland, impacting more than a million residents.

Many initiatives the District has undertaken in the last 30 years have greatly enhanced its service including establishing an industrial pretreatment program in 1990 and the RSMP in 2011; investing in Geographic Information System services, which have increased efficiency, tracking, reporting, analysis and more; and establishing a Member Community Infrastructure Program, which provides an annual fund for member communities’ sewer infrastructure repair and rehabilitation projects. 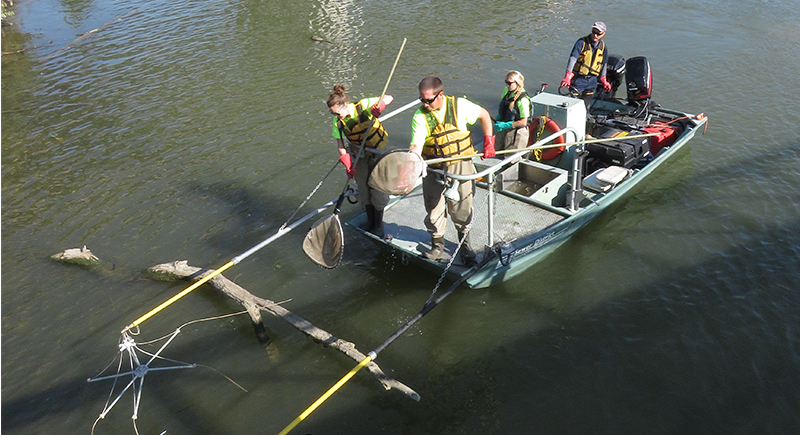 Because the District is reusing biosolids in local soils and concrete mixes, it has the potential to cut related greenhouse gas emissions by more than 96%. In addition, the Sewer District’s Renewable Energy Facility (REF), which opened in 2014, produces about 8,600 MW of renewable energy each year, saving the Sewer District more than half a million dollars annually in electricity costs.

In 2018, the Sewer District conducted a comprehensive evaluation of its carbon footprint. The three-year baseline (2014, 2015, and 2016) shows an 11% reduction in greenhouse gas emissions. Most of the decrease can be attributed to reduced natural gas combustion from the REF. 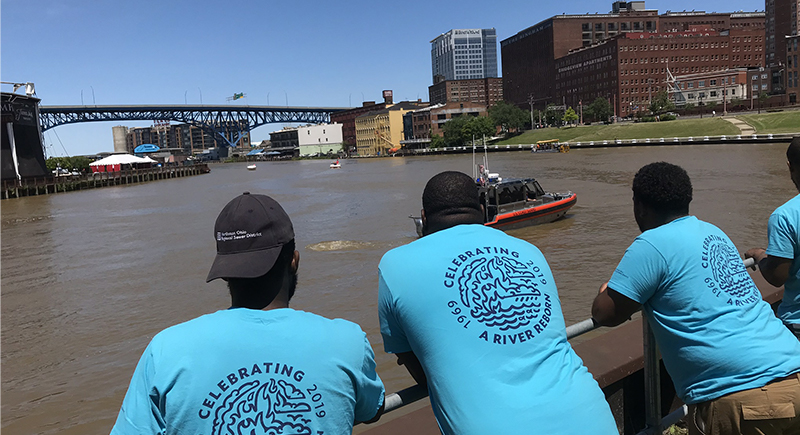 Cleveland’s economy and its community have benefited from clean water investments. The $216 million in construction created at least 13,000 jobs, benefiting many SBE-, MBE- and WBE-certified businesses. In addition, the Sewer District expanded its community relations efforts by establishing a Communications & Community Relations department, overseen by a senior-staff-level director. Since then, it has participated in more than 100 community events annually, and the in-house production of materials, social media, and messaging has been recognized with local, regional, and national awards. The Sewer District’s education efforts have grown with the creation of stormwater-specific school curriculum for grades 3, 5, 7, and 10. The Sewer District has established a summer camp, “Camp Clean Water,” and continues to reach educators through many strategic partnerships.

The Cuyahoga River was considered an “open sewer” at the turn of the century. It is now a comeback story like few others, and the Sewer District is proud of its clean water achievements that made it possible. From capital projects to innovative planning to stormwater management to green infrastructure, the Sewer District continues to advance the cause of clean water in its region. The Cuyahoga is a testament to what progress can look like.