Today’s thriving Chicago began as a marshy landscape. Its prime location inland from Lake Michigan helped it become one of the busiest port cities in the country by the mid-19th century, and the population swelled. But when it rained, the river swelled too and flooded wide areas of the flat terrain. The flooding washed through the open gutters that residents used to dispose their waste. Disease outbreaks followed and almost six percent of the city’s population died of cholera in 1854.

A solution was needed. Chicago’s first sewers were constructed in 1855 and carried a combination of stormwater and sewage to the river. In 1889, the Illinois General Assembly approved “the Act to Create Sanitary Districts and to Remove Obstructions in the Des Plaines and Illinois Rivers,” which created the Metropolitan Water Reclamation District (MWRD) of Greater Chicago. The City’s population continued to grow, reaching 2 million by 1910, making it one of the largest cities on earth. The sewers still flowed directly into the river without treatment, and as development increased in the early 20th century, the combined sewer-stormwater system became a tremendous challenge. By the 1960s, sewers were overflowing more than 100 days a year and flooding had become a persistent issue.

The first phase of TARP is estimated to have contributed over $4.1 billion in business revenues and supported more than 24,000 jobs.

In 1967, the MWRD, the State of Illinois, Cook County and the City of Chicago formed the Flood Control Coordinating Committee to find a solution and the Tunnel and Reservoir Plan (TARP) was created. TARP is one of the country’s largest public works projects for pollution and flood control and serves approximately 3.5 million people. With three reservoirs in operation today and 109 miles of tunnels that hold rainwater mixed with wastewater during storm events, TARP will provide more than 17.5 billion gallons of storage capacity, allowing area treatment plants to keep up with treatment needs during heavy rain events. Long before climate change was a topic of national discussion, the MWRD was working on a plan to collect tremendous amounts of combined sewage from large storm events.

TARP provided a way to comply with the federal and state water quality standards of the Clean Water Act in 1972, and TARP’s results went well beyond compliance. Since the tunnels were completed in 2006, the number of overflow events per year have been cut in half. The MWRD estimates the tunnel system alone captures 85% of the pollution.

The MWRD has been working for 130 years to build a sophisticated, well-engineered clean water system that protects the region’s environment and its source of drinking water in Lake Michigan.

Its seven water reclamation plants treated more than 536 billion gallons of wastewater in 2019. The Stickney Water Reclamation Plant (Stickney) is one of the largest wastewater treatment facilities in the world. Stickney serves 2.3 million people in central Chicago as well as 46 other communities. It can treat 1.44 billion gallons per day. 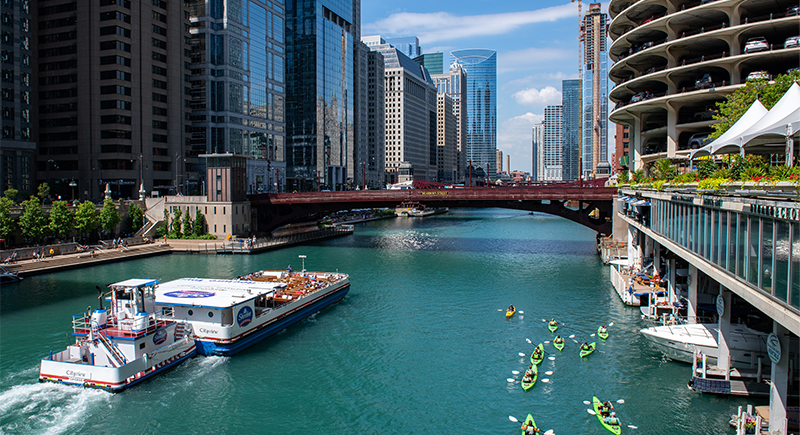 The region has seen tremendous ecological recovery of its waterways. TARP has contributed to declines in Biochemical Oxygen Demand (BOD) and suspended solids. As a result, the number of fish species found in the area’s waterways has increased exponentially since monitoring began. In 1974 just 10 known species were found and by 2019, there were 77 species, 60 of which have been found since 2000. 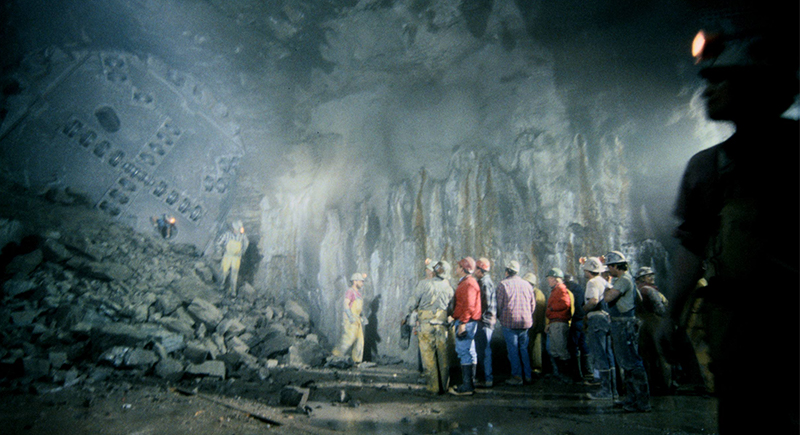 Dramatic improvements in the water quality of the Chicago River, the Calumet River and other waterways have improved Chicago’s tourism and recreation economy. Game fish have returned, marinas and riverside restaurants abound, and waterfront real estate values have skyrocketed. In a 2013 report completed by the Friends of the Chicago River and Openlands, the $2.33 billion investment in the construction and operation of the first phase of TARP contributed over $4.1 billion in business revenue and supported more than 24,000 jobs. Phase two investments are estimated to contribute an additional $2 billion in business revenue and support more than 12,000 jobs.

To date, TARP has yielded more than $500 million in flood damage reduction benefits to the communities it serves. The millions invested in land acquisition, improvement, and access have catalyzed the creation of an important tourist attraction: the new Chicago Riverwalk. After opening in 2016, the Riverwalk generated $11.6 million, according to The Chicago Tribune, and is considered a new center of recreational and economic activity. A 2012 report from the Chicago Department of Transportation estimates that the net new tax revenue from lodging and parking alone for the Riverwalk will contribute up to $1.8 million to the city annually.

Today through resource recovery efforts, the MWRD is providing a similar return to taxpayers, promoting a clean and sustainable environment and reducing greenhouse gas emissions. The MWRD’s goal is to maximize its use of recovered resources, such as water, biosolids, energy and nutrients recovered from the wastewater treatment process to provide a sustainable return to protect both the environment and the economy of residents the MWRD serves. 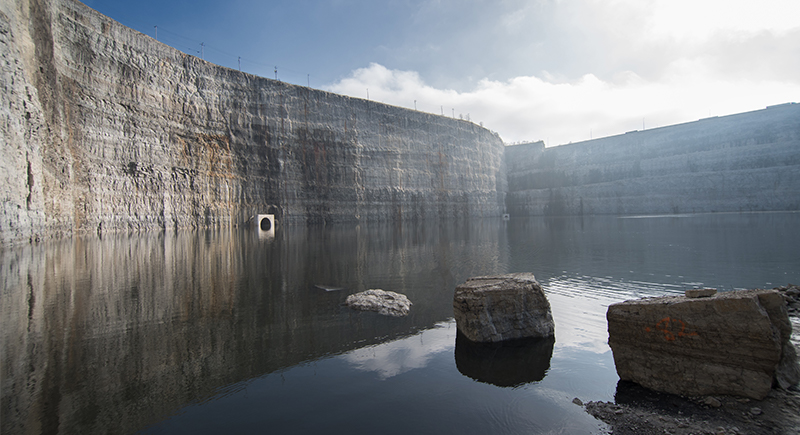