From Dirtiest Harbor to Sparkling Jewel

At least $30 billion in economic impact

Boston is one of the oldest municipalities in the United States, founded by Puritan settlers in 1630, and much of its history is woven into the Boston Harbor. Always a lively port, the city’s economy was primarily engaged in shipping and fishing during its colonial days. The Embargo Act of 1807 and the War of 1812 diminished Boston’s shipping activity for a time and Boston’s merchants moved on to manufacturing. Boston became one of the nation’s largest manufacturing centers until the early 20th century leading to a proliferation of mills and factories along the water. This rise in manufacturing was accompanied by factory pollutants being dumped from the shores. By 1878, the Massachusetts General Court passed a law prohibiting industrial and municipal discharge of refuse or any “polluting substances” into any stream or public pond in the state.

Industrial pollution wasn’t the only scourge to the harbor’s tributary rivers. Boston residents had always dumped their sewage there, believing it would be washed away by the tides. With the passage of the Clean Water Act, dumping became illegal, but it did not stop. Even the Metropolitan District Commission (MDC), did not immediately comply with the Clean Water Act and opted instead to file for a waiver from secondary treatment.

For decades before the cleanup, each day, two failed treatment plants sent more than 300 million gallons of partially treated sewage directly into Boston Harbor. Urban beaches were frequently closed, and the smell was so bad that coastal residents kept their windows shut in the summer. In 1966, after visiting Boston, the rock band The Standells wrote a song titled “Dirty Water” which is still an anthem sung at Red Sox games. By the mid-1980s, it was clear that the MDC could not continue to operate or maintain its obsolete treatment plants, and the Massachusetts Water Resources Authority (MWRA) was created by the Massachusetts legislature to begin the cleanup.

Under MWRA, the $3.8 billion Deer Island Wastewater Treatment facilities came online in 2000. They include a 9.5-mile ocean outfall that carries secondary treated wastewater into the deeper waters of Massachusetts Bay, and biosolids are beneficially reused as fertilizer. Completed in 2015, MWRA’s $900 million Long-Term CSO Control Plan included 35 separate construction projects that have resulted in water quality improvements to Boston Harbor and its tributary rivers including the Charles, the Mystic and the Neponset – and its urban beaches. Over the last 15 years, MWRA has aggressively pursued renewable energy at Deer Island with solar, wind, hydro and biogas now producing about 27% of the plant’s electricity needs and over 60% of its overall energy needs.

MWRA has transformed its approach, technology, policies and procedures. It began as an underfunded, understaffed state agency reliant on annual appropriations from the legislature; and unable to operate or maintain two obsolete primary treatment plants that discharged directly to Boston Harbor. Today MWRA is a professionally staffed agency with the ability to raise revenues directly from its customer communities. Its state-of-the-art secondary treatment plant discharges to a deep ocean outfall and reuses its biosolids as fertilizer and biogas to provide heat and electricity for the plant. According to EPA, the Charles River went from a ‘D’ in 1995 to a ‘B‘ in 2018; and its main stem Mystic River went from a ‘D’ in 2006 to an ‘A-‘ in 2018. 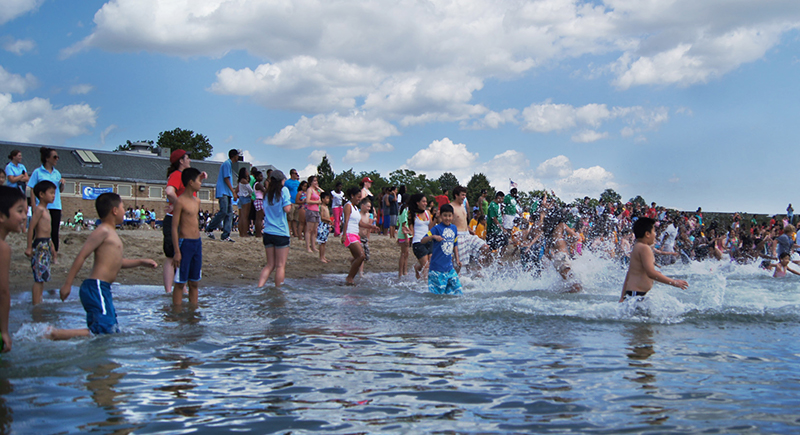 In one generation, Boston Harbor was transformed from “the dirtiest harbor in America” to a sparkling jewel, which spearheaded an economic and recreational renaissance all along the waterfront. Development has led to an increase in private investment and economic growth valued near $80 billion and transformed vacant lots and industrial buildings into new, desirable neighborhoods. A 2018 report from Frontiers in Marine Science suggests that the $4.7 billion cost of the cleanup represented just 5% to 16% of the total value of the economy it serves. In other words, spending nearly $5 billion in capital investment yielded $30 to $100 billion in capital value. 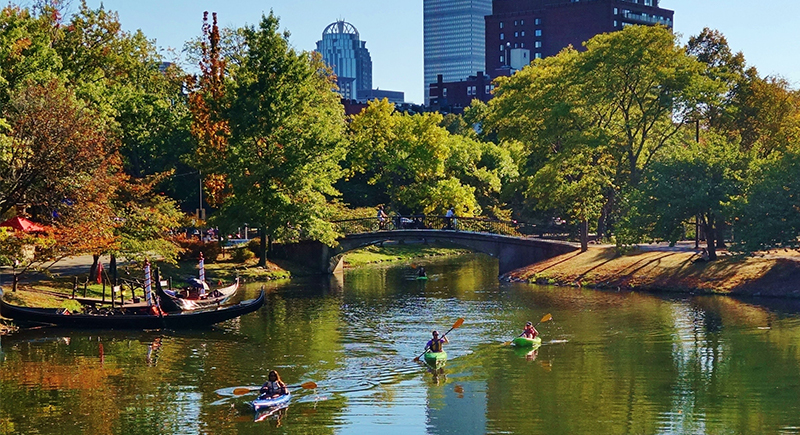 The Boston Harbor Islands are now a National Recreational Area teeming with activity, with ferries bringing residents and tourists to fish, camp and picnic at these locations. The harbor is filled with sailboats and kayaks, and the city’s beaches are now the cleanest urban beaches in the country. The land surrounding the treatment facilities is a public park that features five miles of public walkways and trails for walking, jogging, sightseeing, picnicking, fishing and bicycling. The public access area includes 60 acres of open space, 10 landscaped overlooks, interpretive signage and dramatic views of the Boston skyline and Harbor Islands.