Like many early American cities, it was water that attracted the first settlers to the area we now call Detroit. The city along the Detroit River emerged in the early 19th century as a major port and transportation hub. One hundred years later, Ford, Chrysler and Dodge would establish Detroit as the world’s automotive capital, making it the nation’s fourth largest city. No one viewed the waterways as a place to recreate; they were valued for their ability to facilitate trade. Back then billions of gallons of sewage and stormwater flowed directly into local waterways. This went on for decades until – after years of pollution and neglect – the Rouge River caught fire in the fall of 1969. The fire burned for hours with flames shooting 50 feet into the air. This was the wake-up call to turn things around.

Remediation of the Detroit River led to more than $1 billion in public and private investment on the Detroit riverfront.

The Clean Water Act forced the Detroit community to rethink how it treated its waterways. In 1975, secondary treatment was installed. In the early nineties, $117 million helped build a pump station, transporting wastewater from the northeastern suburbs of metro Detroit. By 1995, the construction of Detroit’s first Combined Sewer Overflow (CSO) Control Facility was completed and by 2004, there were nine CSO facilities for an estimated $2 billion. In 2002, another $23 million was invested to prevent excess chlorine from entering waterways.

The formation of the Great Lakes Water Authority (GLWA) in 2016 was integral to positioning Detroit for long-term success. GLWA signed a 40-year lease for control over the Detroit Water and Sewerage Department (DWSD) treatment plants, major water transmission mains, sewage interceptors and related facilities in exchange for $50 million per year. This annually funds capital improvements for the city’s water system, repairing its aging water infrastructure.

In addition, GLWA integrated a new Biosolids Dryer Facility into its solids handling process. As the largest biosolids drying facility in North America, it established Detroit as a national leader in environmentally-sound biosolids production. Historically, on an average day, Detroit incinerated 67% of its solids and hauled 33% offsite to landfills/land application. Now, nearly 70% of the sludge produced is heated and dried. Since the facility does not burn biosolids, it produces about 56% less carbon dioxide emissions than incineration. Drying also reduces other air pollution concerns; decreasing particulate emissions by 51%, decreasing nitrogen oxides by 87%, and reducing carbon monoxide emissions by 95%. The plant also reduces truck traffic by 75% and significantly decreases odors. 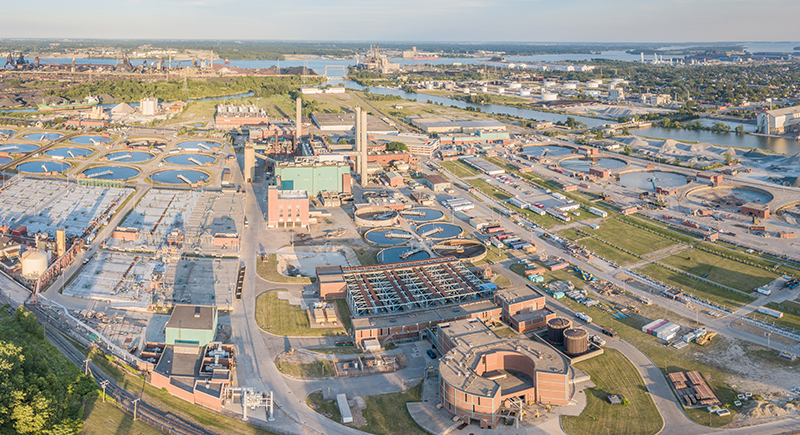 Prior to 2006, the water in Connor Creek was brown and trash floated freely. During warm weather, odors were prevalent. Only pollutant-tolerant fish could survive in the stagnant environment. Today, the water is blue, and on calm days the Conner Creek Facility can often be seen in its reflection. The transformation has enabled native wildlife species to return. After a 75-year absence, beavers returned with their needs met for clean water, trees and seclusion. Ospreys returned to the area in 2002. Mayflies, whose presence means there is a clean, unpolluted environment, are again prevalent along the river.

In response to the ongoing algal blooms in Lake Erie, GLWA partnered with Michigan Cleaner Lake Erie through Action and Research (MI CLEAR). They’re working together to develop a holistic solution to algal formation. In 2019, GLWA surpassed federal and state regulators’ goal of reaching a 40% reduction in phosphorus levels by 2025.

Clean Water is Good for Business

The Detroit area is experiencing population growth thanks in part to a viable and robust wastewater system. After construction of the Conner Creek plant, Bayview Yacht Club noticed a dramatic improvement and constructed 30 new slips on three piers. Because of the clean water, tour boats and fishing charters are popular and cruise ships dock at several ports. A 2019 study by the International Association of Great Lakes Research concluded that “remediation of the Detroit River led to more than $1 billion in public and private investment on the Detroit riverfront and added new annual tax revenue of $4.5 million annually between 2003 and 2013.” 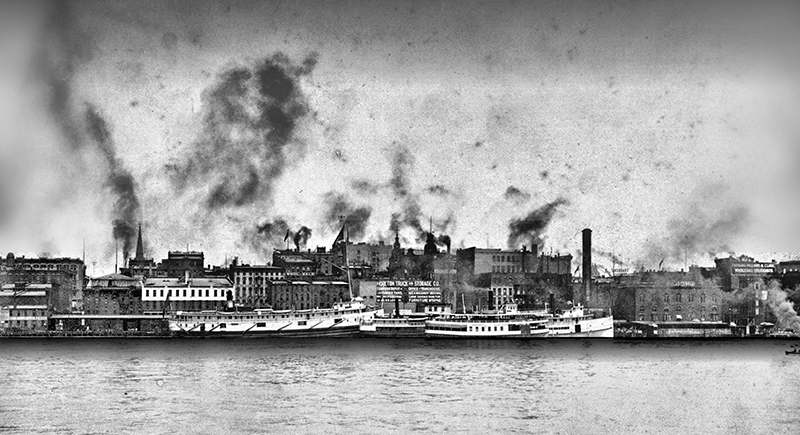 In 2019, GLWA created its One Water Public Education Campaign to build greater awareness of and mutual shared responsibility for water resources. This campaign also focuses on educating residents of southeast Michigan on the actual cost of service, consequences of infrastructure failure, and the significant role that high-quality water resources play in supporting recreational opportunities and quality of life. Pre- and post-campaign surveys have shown an increase in perceived water quality in lakes, rivers, and streams, and an increase in the percentage of people who said sewer infrastructure is an important investment to make.