Around 1850, immigrants began arriving to the area of modern-day Garland. At that time, Garland had four churches, three gristmills, three cotton gins, a flour mill, and several hotels and businesses. In 1920, a local businessman financed a new electrical generator plant, which led to the formation of Garland Power and Light, which still powers the city today. It was the beginning of the city’s motto of Self-Reliance. Garland Water Utilities and Garland Power and Light have a partnership for energy savings involving the strategic use of generators for water operations. In the late 1930s, the Craddock food company and the Byer-Rolnick hat factory moved into Garland. Responding to the growth in business, manufacturing and the incoming residential population that worked both in Garland and nearby Dallas, TX, a very small wastewater treatment operation was developed on Duck Creek near Central Park. It was a very simple operation consisting of sludge drying beds and employees who used pitchforks to load the material destined for the landfill.

In the 1950s, Garland’s government changed to a city-manager government. In 1951, L.E. Stark became Garland’s first city manager. Under his leadership, the City of Garland’s infrastructure began rapid development. The Rowlett Creek Wastewater Treatment Plant was built and began operations in the Spring of 1953 with a total daily flow of 675,000 gallons. By 1954, discussions were underway to expand and improve the plant due to increasing flows.

Rerouting the Rowlett Creek Plant effluent to Duck Creek enabled Garland to support a variety of new businesses, which helped to fuel economic growth in the city.

Growth was Garland’s challenge and the driving factor for capital investment prior to 1970. The suburban population boom created by World War II had reached Garland by 1960, when its population nearly quadrupled. By 1970, the population doubled again and was at 81,500. By 1980, the population reached 138,850. Keeping pace with this growth Garland expanded treatment capacity by building the Duck Creek WWTP in 1961. This plant was originally constructed as a regional 10 MGD capacity plant with assistance from the City of Richardson. As the population—and, consequentially, nutrient loading in the service area—grew over time, the plant was significantly upgraded in 1975, in 1986, and again in 2006. The plant is currently permitted for an annual average flow rate of 40 MGD with a peak of 72 MGD. The plant today services Garland and parts of Dallas, Richardson, and Sunnyvale. Besides Dallas, Garland is the only city in the region that owns and operates its own wastewater treatment plants. Due to growing nutrient loading in Lake Ray Hubbard, Garland rerouted its Rowlett Creek Plant effluent to Duck Creek, so it didn’t impact water quality of the city of Dallas’ water supply. This change enabled Garland to support a variety of new businesses, which helped to fuel economic growth in the city. In fact, the safe recreational use of streams and creeks in both Rowlett and Duck Creek is an important part of Garland’s identity. Lake Ray Hubbard is now home to retailers Windsurf Bay and a Bass Pro shop, and the peninsula features many boat docks, picnic areas and walkable shoreline. It is clear investments in wastewater operations have contributed to these commerce and community amenities, and investments continue to meet or exceed Federal and State Guidelines. 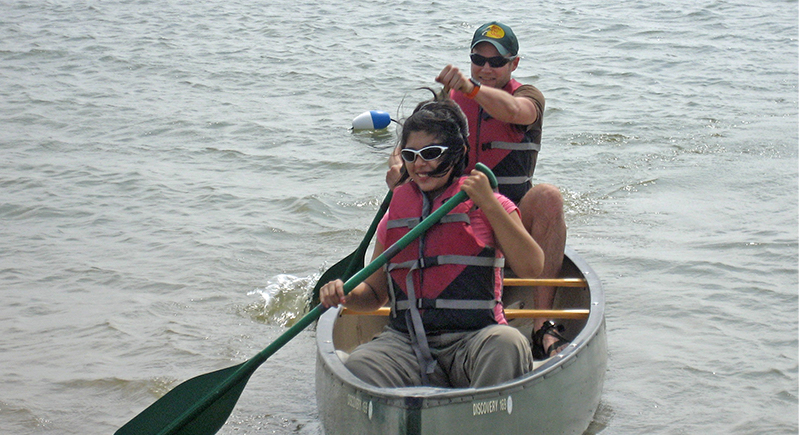 Once it had the capacity to meet the growing population, Garland could focus on ways to enhance the natural environment. In the late 1990s, the Duck Creek plant began providing a local power plant with effluent water for their boiler systems. This partnership has lasted more than 20 years. Garland has also partnered with its water supplier to divert effluent into a wetland for further treatment. The effluent from Garland’s wastewater treatment plant flows through a man-made, 1,840-acre wetland and is then pumped to the drinking water’s reservoir. This provides a natural habitat for a wide variety of birds and reduces the sediment, nitrogen, and phosphorus contents of the water to a drinkable level. Through the use of selected aquatic plants, this environmentally friendly project provides millions of gallons of reusable water and reduces its environmental impact. This project’s success was crucial to the health of the nearby Trinity River, and its usefulness as a drinking water source for those downstream, including the cities of Garland and Dallas. Other improvements to the plant reduced the odor impact to nearby residents and ensured a more reliable water system for Garland and beyond.

Garland staff are committed to educating the public on the importance of wastewater treatment and protecting the environment. Throughout the year they conduct plant tours with participants ranging in age from six to 40 years old. Tours are conducted annually for local high schools and colleges as well.